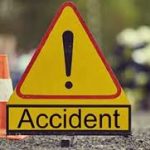 11 die, 25 injured in a minibus accident in Poonch. 11 total deaths yet reported in the mini-bus accident occurred in the Sawjian area of Poonch in J&K; Lt Governor of J&K, Manoj Sinha announces relief of Rs 5 lakh each for family members of deceased; Also directs authorities to provide best treatment to the
Read More

Saved Rs 400 crore spent on: Darbar Move annually: LG Sinha Lieutenant Governor Manoj Sinha on Saturday stated that the biggest change brought in by his government was that the administration, which in the past was dedicated to serving few individuals or families, was working with the sole objective of the welfare of J&K people.
Read More