JKPSI Scam: Haryana domiciled gang involved Candidates paid Rs 20- 30 lakh for accessing question papers The Central Bureau of Investigation on Tuesday said a gang domiciled in Harayana is involved in the sub- inspector recruitment scam of Jammu and Kashmir. An official of the CBI told that searches were conducting at 36 locations including
Read More

FAAs and JE exam leaked more than JKP SI Exam. Written tests for Financial Accounts Assistants (FAAs) and JE Civil, which the UT Government recently cancelled and for which the CBI was directed to conduct an investigation, were leaked at more locations than just one or two, as was the case with Sub Inspectors in
Read More 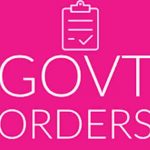 Govt scraps 2020 order. Fresh recruits get full pay, allowances. In a major relief for the youth awaiting appointment in Government departments, the Government today repealed Jammu and Kashmir Probationer (Conditions of Service, Pay and Allowance) and Fixation of Tenure Rules, 2020 notified vide SO 192 on June 17, 2020. Under the order first introduced
Read More 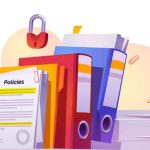 New Job policy soon roll out to benefit maximum youth: LG Sinha Jammu and Kashmir Lieutenant Governor, Manoj Sinha Saturday said that the UT government will roll out a job policy soon under which “maximum youth will get jobs”. He however said the “qualified youth must give up the mind-set of waiting for the government
Read More

JKSSB SI Recruitment Probe Panel Asked To Submit Report By June 24. The committee created by the Jammu and Kashmir Service Selection Board to investigate “alleged anomalies in the written test” for sub inspector positions in J&K police has been directed to submit its report by June 24. According to a Government order, the committee
Read More

JKSSB 9390 made recruitments in 2021-22. A total of 11,434 recruitments were made including 9390, 561, and 1483 selections by J&K Service Selection Board, J&K Public Service Commission, and J&K Bank, respectively during 2021-22 The Chief Secretary, Dr Arun Kumar Mehta chaired a meeting to take stock of recruitments being made through the J&K Public
Read More