Govt declared Maharaja Hari Singh’s birthday as public holiday Government Order No.1093-JK(GAD) of 2022 Dated:19.09.2022 To commemorate the birth anniversary of “Maharaja Hari Singh Ji” 23rd of September of every year shall be observed as holiday in Government offices and educational institutions across the Union territory of Jammu and Kashmir under Negotiable Instrument Act, 1881
Read More

Srinagar Encounter Update Two Militants Killed. Srinagar Encounter: On a specific input generated by Police, an encounter has started in the Nowgam area of Srinagar District. Srinagar Police and 50RR are on the job. Further details shall follow.
Read More 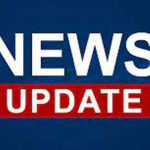 Saved Rs 400 crore spent on: Darbar Move annually: LG Sinha Lieutenant Governor Manoj Sinha on Saturday stated that the biggest change brought in by his government was that the administration, which in the past was dedicated to serving few individuals or families, was working with the sole objective of the welfare of J&K people.
Read More