Jammu Kashmir Today weather update. Thunderstorms are forecast for various locations in Jammu and Kashmir today. However, no continuous downpours are predicted. There are a few locations where a brief heavy spell can happen.
Read More 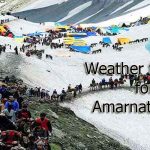 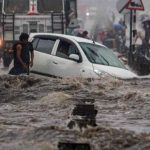 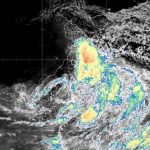 Monsoon arrived in plains of Jammu today morning. From today onwards, expect frequent showers, at times, intense in the Jammu region, especially in the morning hours. Rain especially in morning hrs. is likely till 5th. In spells, not continuous. MET dept.
Read More

Weather forecast for Amarnath Yatri 30 June 2022. Both routes are forecast to have mostly dry weather (via Baltal, and Pahalgam). A short spell of rain in the late afternoon/evening hours is probable (30% chance), particularly in Sheshnag and nearby locations.
Read More

Latest Weather update Jammu and Kashmir. Possibility of brief spell of light to moderate rain with thunder/Lightning over most places of Kashmir Division and many places of Jammu Division during next 5-6 hours. Possibility of Hailstorm accompained with gusty winds over isolated places of North Western, central and South Kashmir, Hilly regions of Jammu during
Read More