2G internet services to be restored in Jammu, broadband in Kashmir from today. The Union Territory Government tonight ordered restoration of 2G services on postpaid mobile telephones in five districts of Jammu region including Jammu, Samba, Kathua, Udhampur and Reasi for a period of seven days, beginning January 15, and ordered setting up of 400
Read More 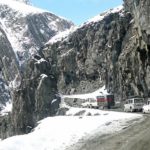 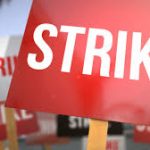 Jammu Bandh support by many organisation on Dec 7. Many organizations support Jammu Bandh on Dec 7 for internet services,disbanding of Toll Plaza Representatives of over a dozen organizations of Jammu today pledged their support to the Bandh Call announced by NPP on December 7, seeking lifting of ban on mobile internet services,disbanding of Sarore
Read More

Amit Shah Speaks on internet restoration in J&K. Union Home Minister Amit Shah has said that decisions will be taken on it when the local administration is convinced that it is secure to resume the services.
Read More