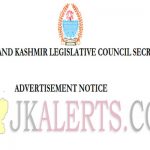 Jammu & Kashmir Institute of Management, Public Administration & Rural Development JKIMPA Recruitment 2018. In the latest jobs notification application are invites for Junior Assistants, Driver, Class ivth, Receptionist posts. Applications on the prescribed format are invited from the permanent resident of Jammu and Kashmir for the following posts in the Institute, particulars of which
Read More 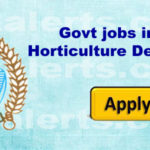 Class ivth Recruitment in Horticulture Department Advertisement Govt Jobs J&K : Applications are invited on the prescribed format given below on jkalerts dot com from interested eligible candidates of District Kupwara (other districts in case of schedule caste candidates only) for direct recruitment as Class-IV cadre against the available vacancies in Horticulture Department as per
Read More