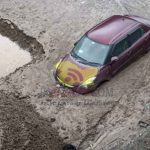 Kashmir Doctor Among Four Killed In Jammu Flash Floods A young Kashmir doctor is reported to have been swept away by flash floods along with his car when he was crossing a small rivulet in the Mahore area. Three others were killed in Poonch and one of them was buried alive in his mud-house. Identified
Read More