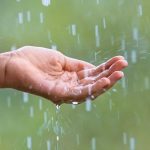 3-day wet spell likely to begin from June 16. The summer capital of Jammu and Kashmir, Srinagar, and other areas of the Union Territory recorded the hottest day of the season amid a sustained heat wave, while the weather forecast here predicts a three-day wet spell beginning June 16. The heat wave persisted in various
Read More

Weather Update for next few hours. During the next three hours, rain/thundershowers are likely in many parts of Jammu and a few parts of Kashmir. At a few places, heavy rain and hailstorm are also likely.
Read More

Jammu and Kashmir, Ladakh Weather Update. Presently it’s raining incessantly at many places of Kashmir and at few places of Jammu and partly to generally cloudy in Ladakh. Forecast : Light to Moderate rain likely to continue till next 2-3hrs and decrease thereafter gradually. No heavy rainfall is expected. However, a brief spell of Heavy
Read More