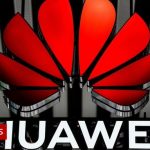 Canada to ban China’s Huawei and ZTE from its 5G networks Canada says it will ban two of China’s biggest telecom equipment makers from working on its 5G phone networks. The restrictions against Huawei and ZTE were announced by the country’s industry minister on Thursday. Francois-Philippe Champagne says the move will improve Canada’s mobile internet
Read More