The Mansa court on Wednesday morning remanded Gangster Lawrence Bishnoi in Punjab Police custody for 7 days. Bishnoi is the key accused in the murder of Punjabi singer and Congress leader Sidhu Moose Wala. He was produced before the Chief Judicial Magistrate in Mansa court in connection with the murder case today. 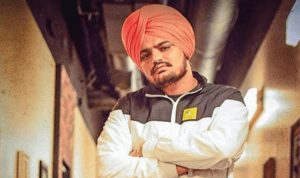 During the hearing, Advocate Vishal Chopra appearing for Lawrence Bishnoi opposed the Punjab Police application and said that there is a security threat. There is apprehension that Lawrence Bishnoi may be “eliminated” if transit remand is granted.

Bishnoi’s lawyer submitted that we are not opposing virtual interrogation and investigation. “We are just opposing his physical transit remand to Punjab. Punjab Police can arrest him in the case if needed, but in Delhi only,” he added.

Sidhu Moose Wala was shot dead by unidentified assailants in Jawaharke village of Punjab’s Mansa district on May 29. The incident took place a day after his security was withdrawn by the Punjab police among 424 others.