Jammu and Kashmir reported 100 fresh covid-19 cases even as there was no death due to the virus in the last 24 hours, officials said on Wednesday.

They said 24 of the cases were confirmed from the Jammu division and 76 from Kashmir Valley, taking the overall tally to 329320.

Meanwhile, there was no fresh confirmed case of mucormycosis (black fungus) reported today, they said. So far 46 black fungus cases have been confirmed in J&K, the officials added. 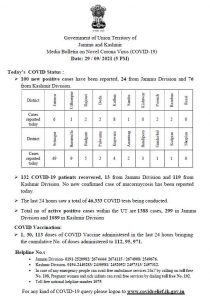 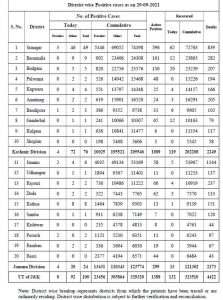 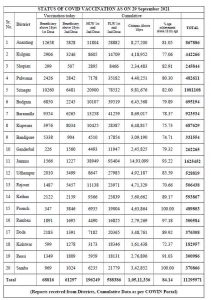