Consequent upon the advertisement No. 001 dated 07/08/2020 regarding hiring of 02 Nursing Tutors under NHM in District Bandipora and subsequent selection made by the board of officers constituted under Deputy Commissioner Bandipora(Chairman District Health Society), for which the interview was held on 21i( September 2020 in the office chamber of Chairman District Health Society Bandipora, the following 02 candidates have been provisionally selected as Nursing tutors in order of their merit on contractual basis under NHM for smooth functioning of ANMT School Bandipora. 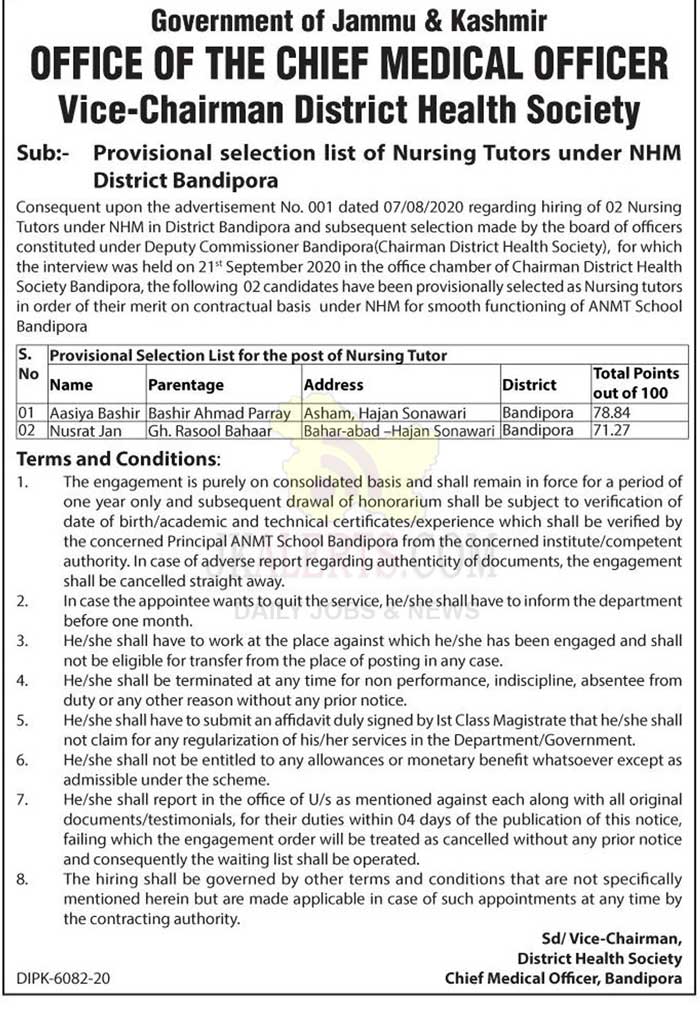